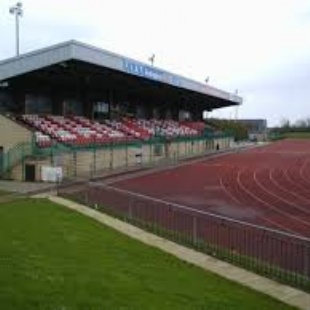 On Wednesday, 40 children from KS2 went to Rockingham Triangle for the annual Welland Valley Competition.

On Wednesday, 40 children from KS2 went to Rockingham Triangle for the annual Welland Valley Competition. This is a sports competition where all the children need to compete in all four events: 50m/75m sprint, 400m/600m long distance run, a vortex howler throw and a standing long jump. In every event, the children gave it 100% and many children achieved their personal best! Some children even managed to come first in their heat! However, what I think we should be most proud of, is the way Gretton School stood out in the sportsmanship we showed. Satellites in space would have been able to hear how loud we cheered on our peers, especially when we could see someone who needed an extra push to continue in their race. In particular, Lucie Preston was awarded a HUGE trophy from a grandparent in the audience, who witnessed Lucy help up his granddaughter when she had fallen in the race, causing Lucy to then fall behind in her heat: a gorgeous example of someone at Gretton putting other people first. Freddie Fox also sacrificed his own race, by supporting his friend in the long distance run; wanting to cross the finishing line together instead of leaving his friend behind. And these were just some of the sportsmanship, perseverance and courage values we showed at Welland Valley. We may not have won first place, but we are definitely the best!